2014 N-DEx Success Story of the Year: Thousands of Cartons of Counterfeit Cigarettes Discovered

In September 2014, the Maryland State Police (MSP) and the Bureau of Alcohol, Tobacco, Firearms and Explosives (ATF) were selected as the winners of the inaugural National Data Exchange (N-DEx) Program “Success Story of the Year” award. The Criminal Justice Information Services (CJIS) Division chose the recipients based on their integral use of the system’s data to connect a seemingly routine situation with a larger ongoing investigation. The details of the case that led to the award follow.

On June 8, 2012, two troopers with the MSP stopped a tractor trailer hauling three rented storage units for a traffic violation. The information that the truck driver provided during the stop confirmed that he and the tractor trailer were legitimate.

However, the information on the bill of lading (a document issued by a carrier that details a shipment of merchandise and gives title of that shipment to a specified party) raised questions concerning one of the storage units that the tractor trailer was delivering. When the troopers used information from the bill of lading to search the Law Enforcement Information Exchange, i.e., LlnX, and the N-DEx, they discovered that the renter of one of the units was the subject of a major ATF investigation involving cigarette trafficking.

The troopers contacted an ATF agent about the ongoing investigation. The agent told the troopers that the renter of the storage unit was the main target of a major counterfeit cigarette ring investigation. Following their discussion with the agent, the troopers allowed the truck to continue to its scheduled delivery, and agents with the ATF planned to wait for the shipment to arrive in New York.

When it arrived, the renter of the storage unit and an associate entered the unit. Then, ATF agents stepped in and discovered approximately 3,000 cartons of counterfeit cigarettes inside it.

Upon further investigation, ATF agents learned that the renter was allegedly part of a scheme created by Joseph Ruda, owner of Gutlove and Shirvint, Inc. of Long Island City, New York. Ruda shipped more than 58,000 cartons of untaxed cigarettes from New York to Kentucky where they were mailed to other states. Ruda’s company also shipped untaxed cigarettes to various smoke shops in New York that immediately sent them to a smoke shop on Long Island where the cigarettes were resold in bulk to cigarette bootleggers in New York City.

On September 17, 2013, Ruda and his corporation plead guilty to violating the Jenkins Act (which regulates mail-order sales of cigarettes) as well as to the charge of Conspiracy to Commit Contraband Cigarette Trafficking of more than 58,000 cartons of untaxed cigarettes. Ruda and Gutlove and Shirvint, Inc., agreed to forfeit their profits from the scheme and pay a $600,000 judgment to the United States government. The corporation also made restitution of more than $1.4 million to the state of New York and Ruda personally forfeited $325,000 in cash to the government prior to sentencing.

In February 2014, Ruda was sentenced to three years of probation and his company was put out of business. 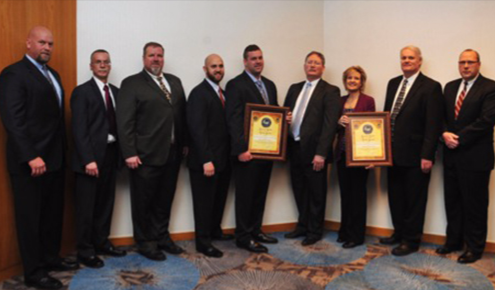