When someone calls the FBI to report a tip, it's the National Threat Operations Center staff who picks up the phone and receives that information. The center’s threat intake examiners also receive the online tips sent in through tips.fbi.gov.

Threat intake examiners work around the clock to assess and forward information to the Bureau’s field offices and other law enforcement partners.

Below are two recent examples of NTOC’s work.

In June 2020, NTOC received a call about a wanted fugitive who shot a police officer in the early 1970s. The subject was imprisoned after the shooting but escaped when he was transferred to a hospital in 1974.

The caller provided the fugitive’s current address, which was in New Mexico. 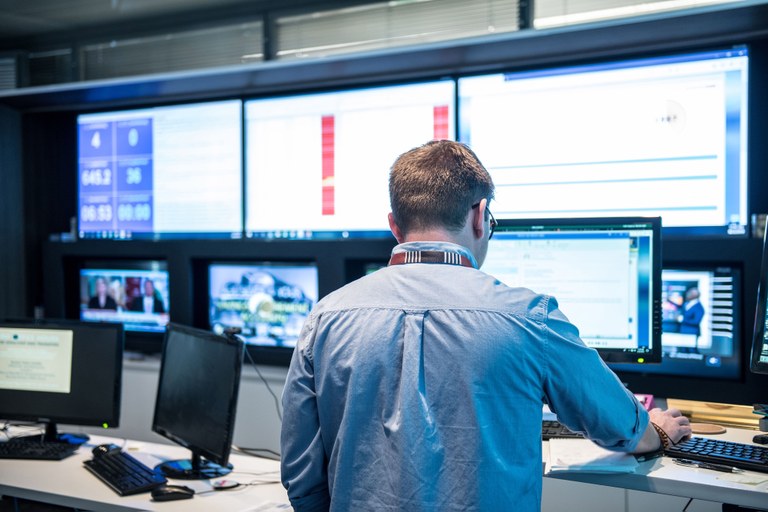 The FBI’s National Threat Operations Center works day and night to ensure each of the calls and electronic tips it receives is evaluated rapidly and handled appropriately.

NTOC forwarded the information to the appropriate field office. An agent there interviewed both the caller and the fugitive’s son and confirmed the subject’s address. A warrant for the fugitive’s arrest was reissued several days later, and he was arrested in early August after being on the run for 46 years.

In August 2018, a caller reported he was a victim of investment fraud. He had invested money with the owner of a capital management company. The victim had been requesting to withdraw a portion of his money for months, but the owner of the company kept putting him off. The caller provided names of several other victims who had invested more than six figures in the company.

NTOC personnel forwarded a report to the FBI field office in South Carolina. Agents there opened an investigation and conducted multiple interviews. In May 2020, a subject was arrested on fraud charges.

Submit a Tip to the FBI

Report information to the FBI by calling 1-800-CALL-FBI or visiting tips.fbi.gov.