The Criminal Justice Information Services (CJIS) Division chose the recipients of the 2016 National Data Exchange (N-DEx) Program Success Story of the Year award based on their integral use of the system’s data to help identify the subjects of a casino robbery investigation. The details of the case that led to the award follow.

On December 13, 2015, two male subjects entered the Route 66 Casino Express in Albuquerque, New Mexico, pointed a firearm at one of the cashiers, and demanded money while a female accomplice waited outside in a getaway vehicle. The investigation revealed that minutes prior to the robbery, the female accomplice paid for fuel with a casino rewards card at a nearby gas station. The Pueblo of Laguna Police Department (LPD) and the FBI investigated the robbery. A special agent with the LPD contacted a criminal intelligence analyst (IA) with the Rocky Mountain Information Network (RMIN) to try to find information about the female subject. The RMIN analyst searched the FBI’s National Data Exchange (N-DEx) System and discovered multiple records that revealed the identities of the female subject and her two male criminal associates. The IA delivered the information gleaned from the N-DEx System to two RMIN intelligence research analysts for full background checks. All three subjects were eventually indicted based on the detailed information gathered from the N-DEx System and other intelligence databases. The special agent later stated, “The true heroes in the case were the intelligence analysts that provided us with the information and the direction in which to proceed.”

For more information about how N-DEx can help your law enforcement agency, please contact the program office at ndex@leo.gov or call (304) 625-0555. 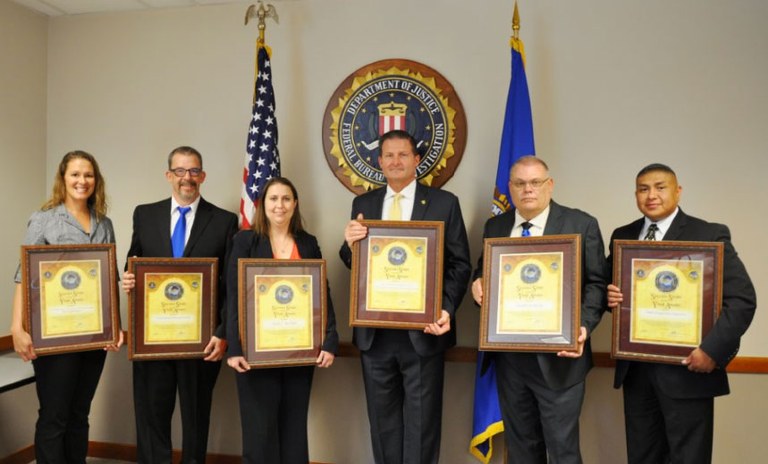